Home
/
About us
/
The author and Technology

The author and Technology 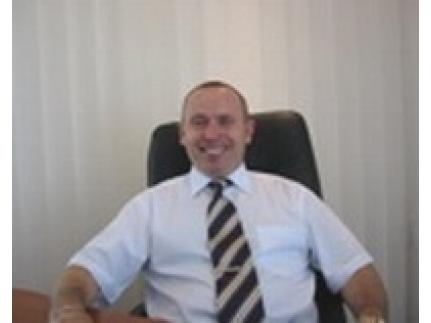 Alexander Teteria (Czech Republic) is an author of the BIOTAL technology, a candidate of technical science. A Corresponding member of MANEB.

In 1974, he graduated from Ukrainian Institute of the Water Farm Engineers in Rivne (Ukraine) his specialty was water supply & canalization. In this Institute he was working in the faculty of canalization & sanitary engineering. While studying, he worked in the research sector of the Institute. He has many publications in science & technical magazines. A.Teteria received a Diploma of the Golden Fortune International Academic Rating of Popularity and Quality, was awarded a silver medal of Independence of Ukraine for Creation and Improvement of the Research-and-Practical Means of Environment Pollution Fighting, Ukrainian Orthodox Church rewarded A.Teteria by the decoration “Pochesnii Khrest” (Honorary Cross) for the grate investment in to the development of Ukraine.

Since 1993, he has lived in Czech being a citizen of Czech Republic. He is the General manager of the Czech firm “BIOTAL CZ” & the Ukrainian Limited Liability Company UKRBITAL.He established firms, which today pro¬duce BIOTAL plants in Ukraine (LLC UKRBIOTAL), Russia (LLC BIOTAL), Czech (BIOTAL CZ) and Bulgaria (BIOTAL-Bulgaria Ltd). Since 2000 about 1000 systems BIOTAL successfully work in Czech Republic, Ukraine, Russia, Belarus, Moldova & Bulgaria.BIOTAL technology is protected by several patents of Czech Republic, Ukraine & the by International patent.

UKRBIOTAL is the winner of the First All-Ukrainian competition “Ecologically Clean & Safe”, it was awarded a Diploma “Manufacturing. Technology. Ecology.” during the 5th All-European Conference between Ministers of Ecology “Environment for the Europe”.

BIOTAL Treatment Plant includes three consecutively connected SBR Reactors. Due to the technology design, the treated waste waters pass through a complete cycle of biological treatment in each of the three SBR reactors by undergoing numerous alternating cycles of aeration and stirring in each reactor. BIOTAL Plant itself operates as three consecutively connected waste water biological treatment plants, where the last SBR Reactor periodically switches from a settling mode of operation with subsequent pumping out of treated waste waters into the operating mode of a tertiary settling tank or a self-cleaning filter for further cleaning.


Surplus sediments are dehydrated without flocculent and the surplus water from the sediments is returned to the system's receiving chamber. The sludge is transferred via aerobic stabilizers into tank for superfluous sediment. The treatment products are periodically shipped, but a special sanitary vehicle is not required.
EFFECTIVENESS